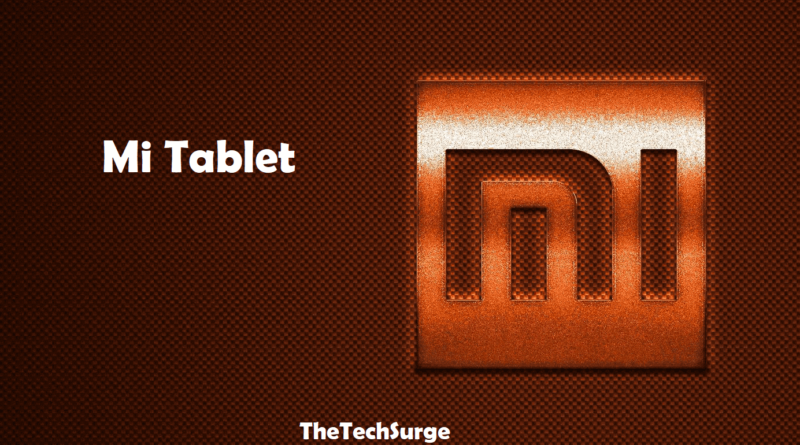 If you’re looking for a mid-range tablet, you’ll find one of Apple’s entry-level tablets like the iPad 10.2 (2020) one of your only choices, due to the thinness of this market segment. But that may soon change thanks to Chinese tech company Xiaomi.

Xiaomi stopped making tablets in 2018, but that will change in 2021, according to company CEO Lei Jun. Speaking in a video posted on the company’s Weibo page (a Chinese social network), Jun confirmed that Xiaomi is reviving its Mi Mix tablet and smartphone lines this year.

The latest Xiaomi tablets were the Mi Pad 4 and 4 Plus in 2018, which were low-cost Android tablets with identical specifications. The last time we saw them was at the beginning of 2019, with the Mi Mix 3, not to mention the Mi Mix Alpha, a concept that has never been launched outside of China, and whose screen s’ wrapped almost all around the smartphone chassis

In recent years, Xiaomi has made a name for itself as a champion of the mid-range smartphone market, with devices like the Mi 10T Pro, Mi Note 10, and Poco F2 Pro, offering cutting edge specifications at relatively low prices.

But we’ve also seen the company move into the more expensive premium category with smartphones like the Xiaomi Mi 10 Pro. With the revival of the Mi Mix range, the company could continue to produce mid-range smartphones while positioning the standard Mi range more clearly as high-end devices.

Perhaps the most intriguing news, however, is that of Xiaomi’s tablet ambitions. As I mentioned, there aren’t many mid-range tablets to choose from at the moment, with Apple’s entry-level iPad line being the most prominent. If Xiaomi could reproduce the formula of its smartphone and come up with a tablet with good features but at a relatively low cost, it could compete with the most popular tablet on the market.

However, and before we get carried away, it’s important to see if Jun’s announcements refer to Xiaomi’s global plans the company often announces products only for the Chinese market and doesn’t launch them worldwide. Time will tell exactly what Xiaomi’s plans for tablets and smartphones are this year, and when we know more, I’ll be sure to let you know.