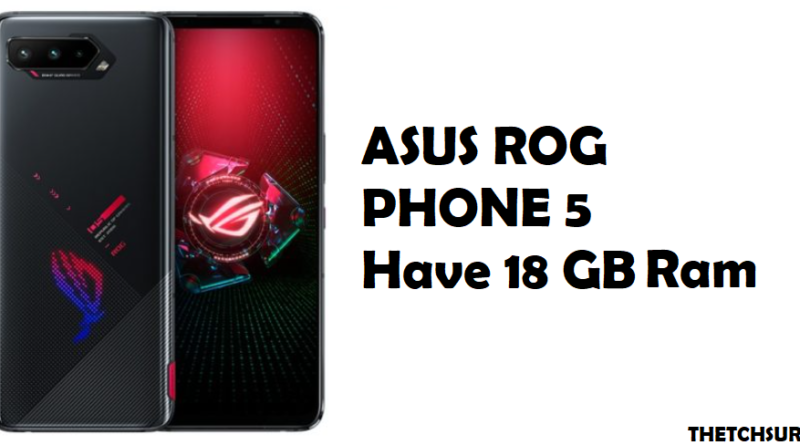 The ASUS ROG Phone 5 will be the first large gaming smartphone of the year when it launches. And, new information suggests that it will also be one of the most powerful smartphones. How much RAM do you need for a smartphone? Putting aside the old joke of 640KB of RAM for PCs in the late 1980s, smartphone memory appears to have stagnated at 12GB for about a year, with a few exceptions. That said, it looks like high-end smartphones are poised to push the boundaries even further with the ROG Phone 5 going over 16GB of RAM.

Just to refresh your memory, RAM is that volatile memory space (that is, it loses data when the power is removed) that is used not to hold data that you want to keep but to keep applications running. Simply put, the more RAM you have, the more apps you can have running at once before the operating system starts shutting down unused apps to make room.

This is why smartphones with less RAM often have issues in handling multitasking, forcing apps to be restarted when you relaunch them because they were killed in the background.

That’s true for traditional apps, but it’s even more true for games that involve large chunks of code and data that must be kept in memory to run quickly and smoothly. So it’s really no surprise that the first smartphones that had 16GB of RAM were gaming smartphones like the Lenovo Legion Duel (or Pro) and the ASUS ROG Phone 3.

According to a new benchmark on Geekbench, the ASUS ROG Phone 5 will even move up a gear. On the benchmark, it obtained a single-core score of 1,113 points and a multi-core score of 3,468 points.

More interestingly, the benchmark indicates a RAM size of 16.97 GB, which, given the way these numbers work, suggests that ASUS ‘ROG Phone 5 might actually have 18 GB of RAM. That’s a pretty large amount of RAM that, even with today’s demanding mobile games, might seem almost too much. In addition, ASUS offers different configurations for its ROG Phones, which could quite simply make it the high-end variant. We can also expect this variant to have 512GB or 1TB of internal storage, as ASUS is clearly trying to have a more impressive spec sheet than the competition.

The benchmark has no further details to offer, but we have heard various rumors on the subject. Indeed, the smartphone will undoubtedly benefit from all the power that the Snapdragon 888 has to offer, and DxOMark’s recent audio review revealed not only the return of the 3.5mm headphone jack, but also what appears to be. a second screen at the back.

The ASUS ROG Phone 5 is due to launch on March 10, so Android gamers don’t have to wait too long for confirmation. Find More Mobile News Here.