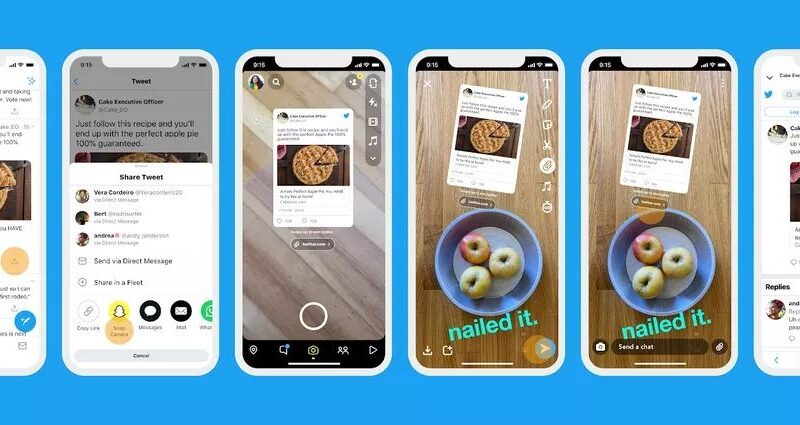 Twitter makes it even easier to distribute your tweets on all social media platforms. Starting today on iOS (support is coming “soon” for Android), you’ll be able to add tweets in the blink of an eye in Snapchat as a sticker. It is therefore no longer necessary to take screenshots of tweets to share them.

Here’s how you can share tweets as stickers in your Snapchat Stories:

It’s very simple ! As previously stated, the feature is being rolled out to iOS at the moment, with Android integration “coming soon”.

Twitter has not ruled out extending this feature to other platforms in the future. Indeed, if you’ve ditched Snapchat for Instagram Stories, don’t worry: Twitter also says that a small group of iOS users will soon be able to test sharing tweets to Instagram Stories.