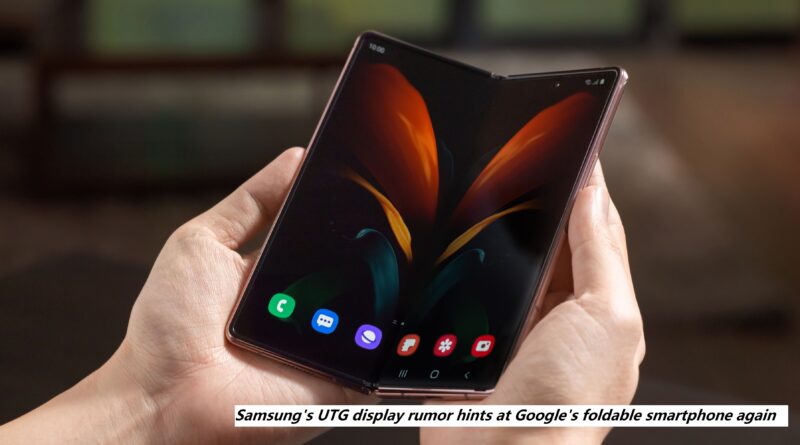 Rumors of Google making its own foldable smartphone have been around for over a year now. It’s not hard to imagine Google experimenting internally with such devices, but releasing a commercial foldable smartphone is a different matter altogether. Supply chain sources appear to be convinced this will indeed be the case, but the latest information does not yet allow a date to be set.

The tip given to The Elec reveals the various smartphone manufacturers who will source from Samsung for the protective film of their foldable screen. According to the report, this will mark a change from the polyimide material used by foldable smartphones from Huawei and Xiaomi earlier this year. Samsung already switched to UTG last year since the first Galaxy Z Flip.

Most of Samsung’s customers will be Chinese brands like Xiaomi and Vivo, which are expected to launch their foldable smartphones later in the year. OPPO will join in the fun as well, but not until 2022.

Google is also on this list, but the launch date for the 7.6-inch foldable smartphone has yet to be determined.

This seems like a great opportunity for Samsung Display, but it could end up running into some issues. Insiders say Samsung sources glass from Corning and Schott, but each has its own drawbacks.

Corning would still give poor results for its OTG, while Schott’s glass is 20mm thinner than Corning’s, making it more susceptible to scratches. Regardless of the source, foldable displays would be two or even three times more expensive than conventional OLED panels.