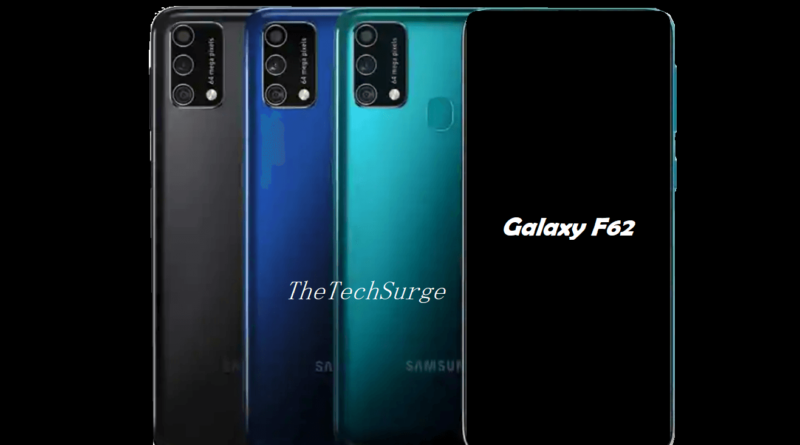 Samsung, after teasing and then confirming the launch, launched the first Galaxy device under its new F series in October 2020. Today, according to reports and leaks, the Korean electronics giant aims to launch a new device under said series which will be equipped with a block of four cameras at the rear, and a gigantic battery.

According to recent statements by informant Ishan Agarwal, Samsung is preparing to launch the second device of its Galaxy F series in India. The next device will be called the Galaxy F62 and will be a high-end version of the Galaxy F41 that the company launched last year.

According to Agarwal, the device with model number SM-E625f will feature a huge 6.7-inch SAMOLED display and 32-megapixel front camera, as well as a quad-camera module on the back. . While the leaks suggest there will be a 64-megapixel main sensor on the rear, there are no details on the other sensors on the camera.

Additionally, Agarwal says Samsung will launch the device in India in two colorways – green and blue – and that it will come with 6GB of RAM and 128GB of internal storage.

While there are no details on the device’s processor, the informant indicates that a recent benchmark on Geekbench suggests that it will house the Samsung Exynos 9825 processor. Additionally, according to the report, the future Galaxy F62 will work with the OneUI 3.1 overlay based on Android 11.

These are the only details that have been revealed by the leak. Other than that, no indication of price, other specifications, or launch date. There isn’t even a photo of the device yet. We, therefore, expect to see more leaks and renders of the device in the coming weeks, ahead of its official launch in India.