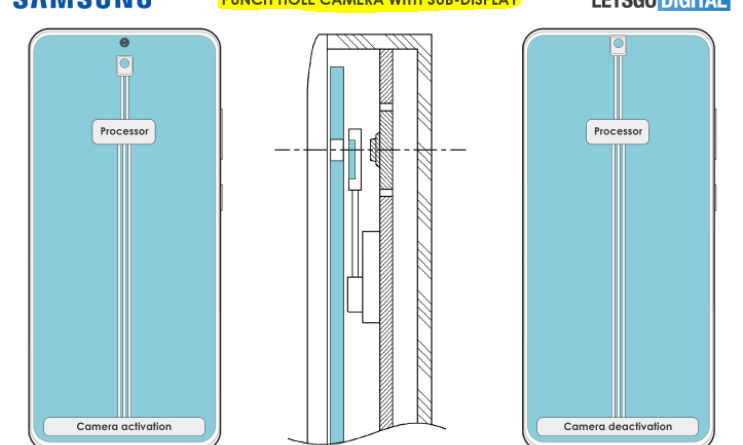 Apple launched the iPhone X with the controversial notch, and Samsung was one of the first companies to poke fun at this design idea. While the South Koreans have finally introduced the notch on some of their models, the flagships of Samsung launched another idea by relying on a small cutout in the screen that allowed the camera to be embedded in the glass.

And of course, as the technology evolves, Samsung continues to look for other solutions to improve this approach in order to make the camera as less intrusive as possible. In recent years we have witnessed some wacky concepts with methods to hide cameras.

A recent patent from Samsung gives us some insight into how the company wants to bring this project to fruition. And, it all relies on a secondary screen that can move around inside the smartphone itself.

So technically the way Samsung envisions this implementation is pretty straightforward, although it goes without saying that the challenge is to make it work in real life.

Of course, for now, this is only a patent and there is no guarantee that it will ever be mass-produced, but it is also living proof that Samsung is looking for new ways to make the camera less intrusive overall.