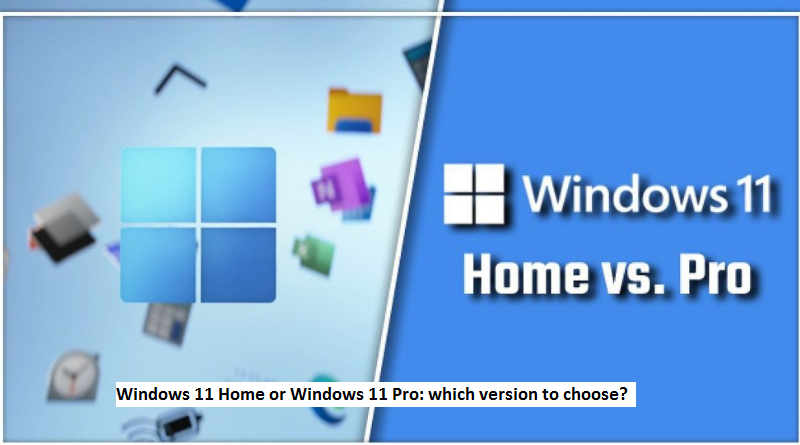 Windows 11 is start rolling out on October 5, 2021. Bringing new features including an updated taskbar and Start menu, new multitasking features, and support for widgets.

Essentially, users will have a choice of two versions of the operating system: Windows 11 Home or Windows 11 Pro. But Microsoft will also offer a few specialized versions, including Windows 11 Enterprise and Windows 11 Education. So what are the differences?

Home users are most likely to experience the Home or Pro versions of Windows 11. While users who get their computers to work or school may use the Business or Education versions. In most cases, the look and feel of these versions are the same, with the same user interface and functionality.

But Windows 11 Pro, Enterprise, and Education include features that allow system administrators to set group policies. Have tighter control over how and when the operating system or application updates are released. Provided, as well as other features that are useful when trying to manage data and security for multiple users.

Here’s a comparison of the Home, Pro, Enterprise, and Education editions of Windows 11:

Based on past experience, it is likely that Windows 11 Enterprise. And Education editions will support many of the same features as Windows 11 Pro. But customers may wait longer to install updates while continuing to upgrade. benefit from the support of Microsoft.

For home users, probably one of the biggest differences between Windows 11 Home and Pro is that the Pro version supports Bitlocker Device Encryption. Which allows full encryption of internal hard drives or SSDs, as well as portable drives. Windows 11 actually adds support for Bitlocker Device Encryption on more hardware than older versions of Windows, including PCs that originally shipped with Windows 10 Home. But you’ll still need Windows 11 Pro (or Enterprise or Education) to use it.

Another difference is that this time around, only Windows 10 Home will be available in “S mode,” which is a version of Windows designed for computers with limited resources. For performance and security reasons, it prevents users from installing apps from sources other than the Microsoft Store and restricts the use of Microsoft Edge for the web browser. Customers who purchase a laptop with Windows 11 Home in S mode will be able to upgrade to Windows 11 Home for free, but the switch is one-way: there is no option to return to S mode after switching to the full version of Windows.