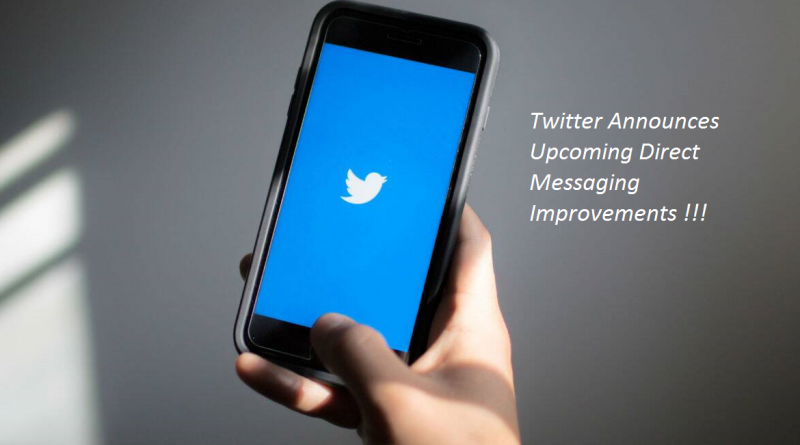 Twitter has announced that there are new improvements to your Direct Messages (DMs), including new options for sharing tweets by private message, and improved navigation elements.

The main novelty is the possibility of sharing a tweet in several DM conversations at the same time, which simplifies your private interactions. Now you will be able to share the same tweet in up to 20 different DM conversations at one time. This feature will be available first on the iOS and Web versions of Twitter, then on Android “soon”.

So, if you’ve found a great meme or recipe that you want to share with multiple friends or discussion groups, now you’ll be able to post it to everyone, without having to repeat the same process over and over.

This can be especially useful for brands that want to answer questions from their customers or keep their key contacts up to date with their latest announcements. Now, if you are launching a new product, for example, you can promote it directly by DM to those who have contacted you in the past, which could be a good way to educate potentially interested users.

But, it can also be a way to spam 20 people at a time, which may well be the reason Twitter has put in place a 20 user limit. Either way, there is potential for brand communication to be used, which can make it an interesting update.

Small Adjustments That Will be Appreciated

On top of that, Twitter adds a new quick scroll button that, when clicked, jumps to the last post in a thread, saving you from wearing out your thumb and screen as you browse the rest of the thread. the discussion. Then again, this could have the potential for brands that use MDs, with the ability to track past interactions for context, then quickly jump back to the last answer.

Twitter is also changing the display format of DMs, so that posts are grouped by date, reducing timestamp clutter in threads, while adding a new long-press option to attach a reaction. emoji, in addition to the double-tap for the “like”.

These latest DM additions aren’t major, but they’ll make it easier to keep your chats private and share relevant tweets and scheduled spaces in your chats.