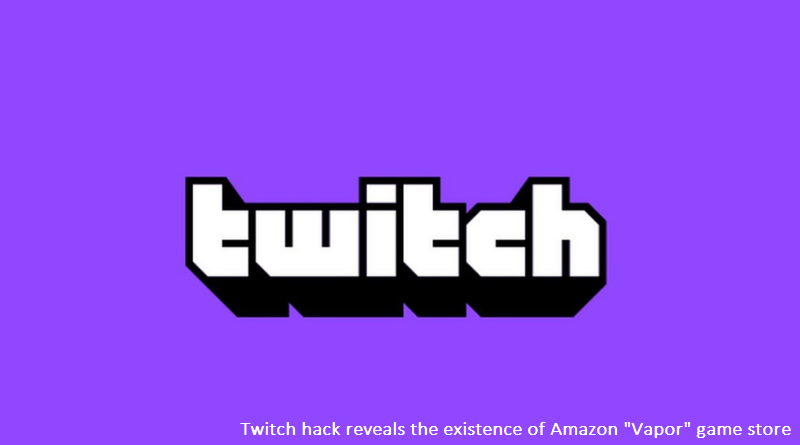 Twitch was the victim of a major data breach. Hackers have disclosed more than 125 gigabytes of data from the Amazon-owned platform. Twitch hack reveals that used by millions of people to live stream video game sessions and other activities.

The data includes source code for the Twitch website as well as Twitch’s desktop, mobile, and console clients. Also, found in the data? The code for an unannounced game store, called Vapor or Vapor, appears to be Amazon’s response to Steam or the Epic Games Store.

According to people who reviewed the leaked data. Vapor appears to have a lot of features that you would expect from a modern game store. As well as Twitch-specific features like Emotes (the platform’s name for one type of emoticon).

This is a move that obviously makes sense and one that will worry Valve (not to mention the rest of the competition). Whatever form Vapor ultimately takes, it will be launched to a captive audience. That already uses Twitch as part of their gaming life, and right off the bat, it could become very important, very quickly.

It’s not clear at this time if Vapor is an ongoing project that Amazon and Twitch are planning to launch someday. A project the company is exploring, or something that has been canceled. But it does raise some interesting questions about Amazon’s willingness to copy Valve’s Steam platform.

Maybe one day we will see a portable Twitch Deck game console, analogous to the Steam Deck, incorporating Vapor? Stranger things have happened.

That said, while it’s interesting to see any clue as to what might happen with the Twitch hack reveals data breach. If you have a Twitch account, it might be time to change your password. Although no password data does not appear to have been disclosed (so far).

However, you might want to change it again in the future. Twitch says it is investigating the data breach and will provide updates “as soon as more information becomes available, ” but to date, it is not clear. Whether the vulnerability that allowed hackers to obtain this mass of data has already been corrected.