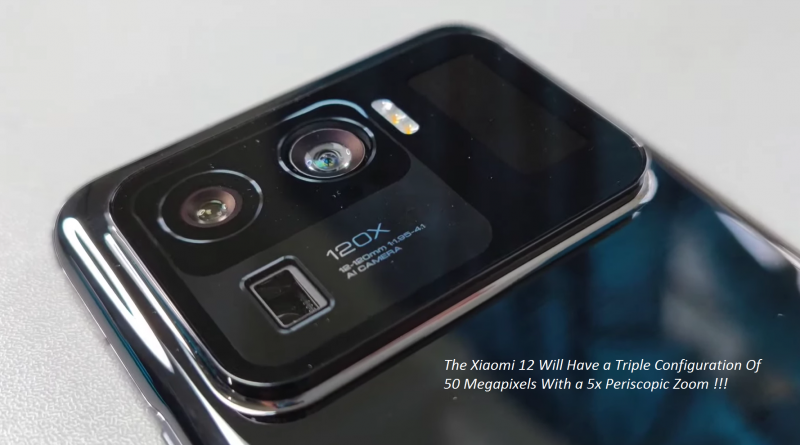 Xiaomi has already confirmed that it will abandon the “Mi” brand in favor of a new, simpler naming system. The future Xiaomi 12 would be equipped with three 50-megapixel sensors and would abandon the 108-megapixel camera used over the past three years on the flagships Mi 11 and MIX 4.

The telephoto lens could also offer a 5x periscope zoom function. There are also rumors that the company is working on a 10x periscope zoom. We also know that the 5x lens can absolutely deliver clear, smooth, high-resolution zoom quality in the 5x to 10x range, although the larger images may not be as sharp as the 5x optics.

It is rare to see high-resolution sensors for periscope cameras. Recently, ZTE announced the Axon 30 Ultra with a 64-megapixel triple camera. However, the periscope sensor was only 8 megapixels. The Xiaomi Mi 11 Ultra has a 48-megapixel camera, with a 50-megapixel main sensor and a 48-megapixel ultra-wide sensor.

A Launch On September 15

Currently, it is not known when the Xiaomi 12 series will be announced. The company has already confirmed that it will host an event on September 15, although we were only expecting to see the new Xiaomi Mi 11T series and possibly other new connected home-related products.

Xiaomi is also expected to return to the forefront of the tablet market, and it may release some smartphone accessories as well.