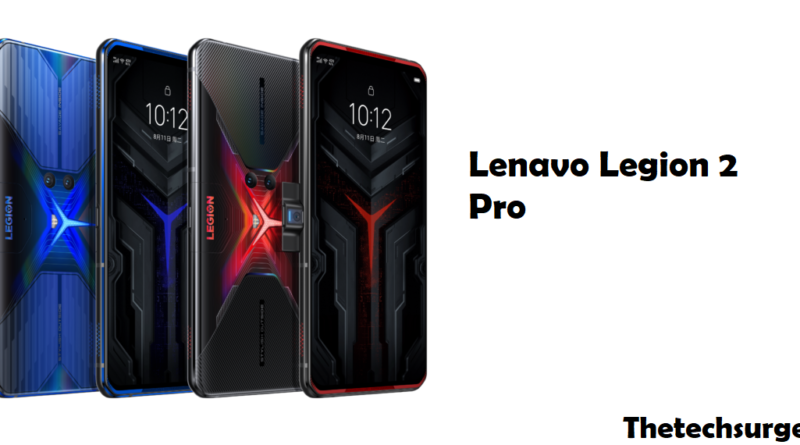 The gaming smartphone market has already seen new additions from ASUS and Xiaomi. The ASUS ROG Phone 5 and Black Shark 4 series were made official with the Snapdragon 888 processor early last month. Now Lenovo is preparing to unveil the Legion 2 Pro, its next-generation gaming smartphone, in China on April 8.

In the days leading up to launch, the Chinese giant is highlighting some of the key specifications and features of the Lenovo Legion 2 Pro. In teasing posters uploaded to Weibo, Lenovo confirmed the following specifications

Up front, the device will feature a 6.91-inch AMOLED E4 display from Samsung. The panel will offer a 144Hz refresh rate and a 720Hz multi-finger touch sample rate, as shown in the teaser. It will have full HD + resolution.

The Black Shark 4’s display also has a 720Hz touch sample rate, but Lenovo will outperform its rival with a smaller multi-finger touch response time. As shown in the teaser above, the Legion 2 Pro’s display will support a multi-finger touch response delay of 3.8 milliseconds , compared to 8.3 milliseconds for the Black Shark 4. This represents a multi- finger response. touch 50% faster, which is great news for gamers.

In addition, Qualcomm’s Snapdragon 888 processor will equip the Legion 2 Pro. The company has yet to confirm the RAM and storage configurations. But a recent benchmark leak on AnTuTu confirmed the presence of up to 16GB of LPDDR5 RAM and up to 512GB of UFS 3.1 onboard storage.

The most impressive feature of the Legion 2 Pro will be its improved cooling system. It will be the first smartphone in the world to feature a dual fan turbo cooling system.

Lenovo has also confirmed that the smartphone will include a huge battery with a capacity of 5,500mAh with 90W fast charging support. However, it is not known if it will be a 90W charge through a port. USB-C or 45W + 45W load as on the original Legion Phone. Nothing is known about the cameras on board the Legion 2 Pro.