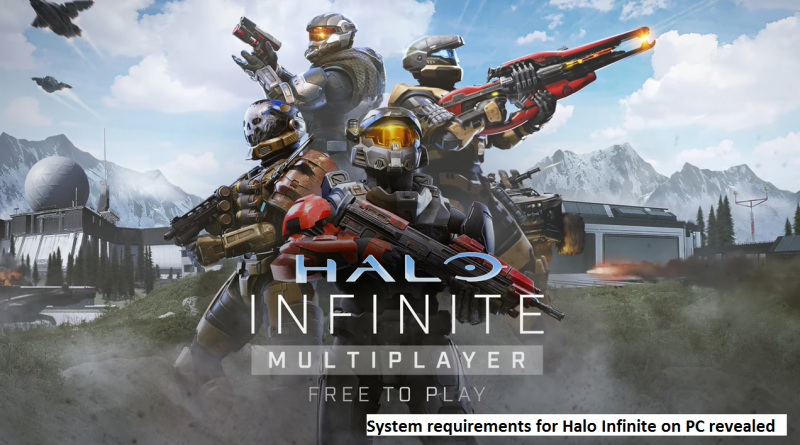 With the launch of Halo Infinite on December 8th, it’s finally time to find out if your PC is ready to play. The system requirements for the PC version of Halo Infinite have been released on Steam. While a wide range of PCs is able to play the game, the recommended specs might be a bit on the heavy side for those who haven’t been able to upgrade their GPUs lately.

So, if you’re planning on playing it later in the year, check out the official Halo Infinite system requirements to check if your PC can run the game.

Before we move on to the Recommended System Requirements, let’s take a look at the minimum system requirements for whether your PC can handle the game.

Here are the recommended system requirements for Halo Infinite to ensure optimal gameplay:

As you can see from the system requirements, it doesn’t look like an average PC can do well while still delivering enjoyable gameplay. Even at the entry-level, this is an NVIDIA GTX 1050 Ti GPU. The requirements don’t specify how many FPS or the exact resolution you can expect with the specs listed.

A Launch On December 8

On consoles, Halo Infinite will launch on the Xbox One, Xbox Series S, and Xbox Series X. PC specs work more or less the same. The original Xbox One, released in 2013, featured an 8-core AMD Jaguar processor clocked at 1.75 GHz and a 1.31 teraflops GPU, roughly comparable to the GTX 1050 Ti. The Xbox Series X has an 8-core 3.8 GHz processor and a 12 teraflop GPU. These specifications are not very surprising, since the game runs on these consoles, as well as the Xbox Series S and Xbox One X.