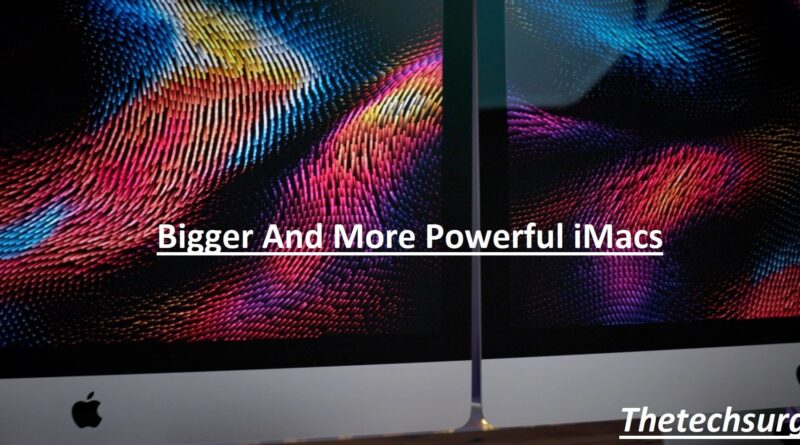 An Apple informant @dylandkt predicted on Twitter that the larger iMac with an Apple Silicon Chip would be launched in 2022. This is contrary to previous speculations that it would launch in the fourth quarter of 2021. He believes that Apple may be trying to increase sales of its MacBook Pro with the Apple M1X chips, which are due for release later in the year. The new iMac with the Apple Silicon chip will likely use the same hardware as the soon-to-be-launched MacBook Pros. This prediction could be true. Apple may have a variety of reasons for putting off the release. However, the main reason Apple is trying to increase MacBook Pro sales seems obvious. Dylan says that Apple doesn’t want their devices competing for attention. Product release delays have caused this delay. This could lead to the two products not getting the same attention. Dylan claimed previously that the Apple M1X chip was reserved for “Pro”, Macs. This includes the two MacBook Pro models, due out later in the year, between September and November. The new high-end Mac has most likely already been released. delayed launching in 2022.

MacRumors reports Mark Gurman, a Bloomberg reporter, echoed Dylan’s claims about the new iMac with the M1X / M2X chip but was silent on details of the release. The Apple M1 chip was first introduced in the 24-inch iMac launched earlier this spring. The next version with either the M1X / M2X chips will be significantly more powerful than those that were released last year. The new versions will include many of the same features as the 24-inch version. They include a slimmer design and a better webcam. As always, this information should be taken with a grain of salt.

Check the Price Below!