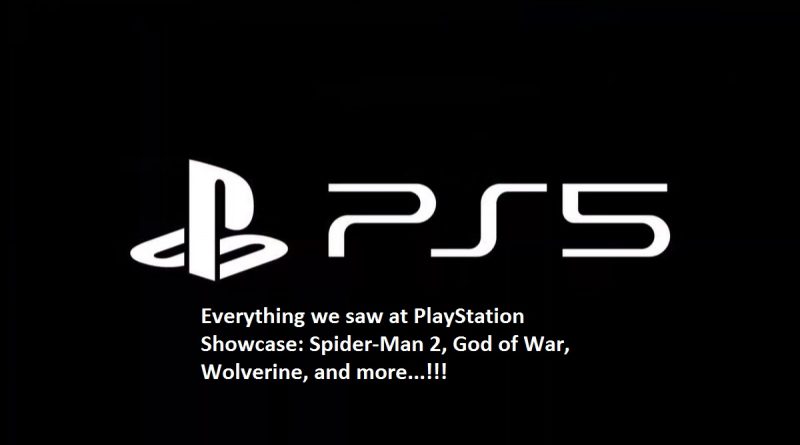 Sony did not attend this year’s E3, leaving a gap in this summer’s video game period. While the company has run small streams around big headlines every few months, it’s not quite the same as having a full presentation with big announcements.

Fortunately, Sony has decided to kick off September with a bang. Last night’s PlayStation Showcase was essentially an E3-sized presentation filled with the kind of giant ads we were missing in June.

Okay, that’s a bit of a stretch. The stream admittedly showed plenty of trailers for upcoming games like Forspoken and Deathloop, but it wasn’t really shock-laden until its final minutes – but what a thrilling minutes it was! We got our first look at God of War Ragnarok, a Spider-Man 2 reveal, and even more surprising superhero news in the form of Marvel’s Wolverine.

While the event didn’t give out firm release dates, it certainly set the stage for busy years to come for the PS5.

Here are all the announcements from Sony’s PlayStation Showcase.

God of War: Ragnarok: The First Images Are Finally Revealed

After being pushed back from 2021, God of War: Ragnarok has finally been revealed for the first time. A long trailer showcases everything one would expect from a God of War game. Lots of gods and even more action. We get a glimpse of Kratos using his signature ax and blades. We haven’t got a release date for the game, which is slated to launch in 2022.

Spider-Man 2 is coming, but we’ll have to wait a bit. The superhero game is slated for 2023. We’ve received a small trailer for the title that shows Peter Parker and Miles Morales fighting side by side. The trailer ends with the appearance of the villainous Venom.

Insomniac is Preparing a Wolverine Game

Insomniac appears to be the busiest video game developer around. Not only is the company making Spider-Man 2, but it’s also developing a game based on Marvel’s character Wolverine. The claw-handed X-Man will get his own solo adventure, but not much more is known yet. A brief teaser shows the character in a bar about to hand someone soap.

Uncharted 4 and Uncharted: The Lost Legacy is going to be updated on the next generation. The games will be available on PC, as well as PS5, and will be grouped together in the Uncharted: Legacy of Thieves Collection. Their launch is scheduled for 2022.

Knights Of The Old Republic is to Be a Remake

Star Wars: Knights of the Old Republic is getting a remake. The project is being developed by Aspyr, who has ported several Star Wars games to other platforms in recent years. The studio ported Star Wars Racer: Episode 1 to modern consoles and KOTOR to mobile devices. The remake does not have a release date set at the moment and only received a trailer.

First shown at Summer Games Fest, Borderlands spin-off Tiny Tina’s Wonderlands has received a new trailer. She gives an in-depth look at her fantastic gunplay and humor. More importantly, the game finally has a release date. It will now be released on March 25.

PlayStation owners will receive a new action RPG called Project Eve. A detailed trailer shows a hack-and-slash game featuring a long-haired heroine. It looks a lot like Bayonetta, although it is not developed by PlatinumGames, but by Shift Up Corporation. The game does not yet have a release date.

A next-gen update to Grand Theft Auto V was slated for the PS5 for late 2021. The update has been delayed and is now scheduled for March 2022. The game has been the subject of a full trailer during the showcase that confirmed exactly what to expect from a next-gen update, like new visuals. The trailer confirmed that Grand Theft Auto Online will also get a boost – when the game launches on PS5.