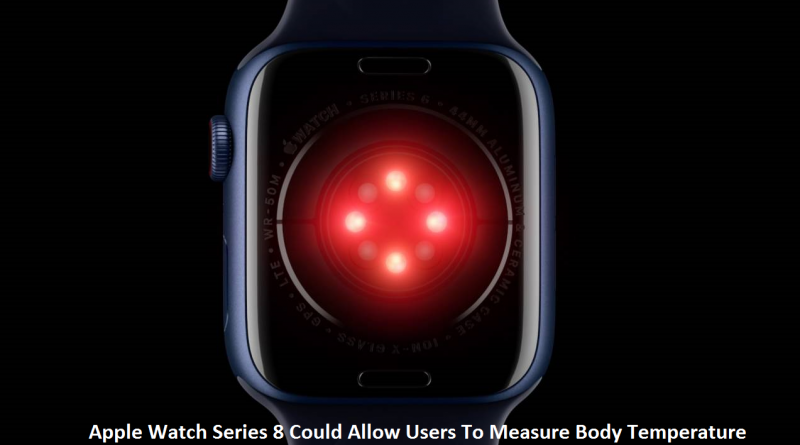 Apple is preparing to launch a new generation of Apple Watch. With the official announcement due to take place on Tuesday. But, it turns out that bigger upgrades are planned for the 2022 model.

Specifically, Apple is expected to equip the Apple Watch Series 8 with a body temperature sensor. Although as of yet, it’s unclear exactly how that will work.

Right now, smartwatches that can track body temperature, like the Fitbit Sense. Determine a baseline value for each user and then issue an alert when the detected value doesn’t align with it. However, as 9to5mac points out, the Apple Watch’s sensor could measure body temperature in real-time by providing an actual value. Although, as mentioned, this is something that remains to be seen when the device is in use.

Over the years, Apple has gradually expanded the health functions available. On the Apple Watch to include heart rate tracking, irregular heartbeat notifications, ECG app, blood oxygen measurement, fall detection, etc. In an interview last year, Apple CEO Tim Cook said, the Apple Watch is still in its infancy. When it comes to the number of sensors that could be built into the device.

In contrast, this year’s Apple Watch wouldn’t bring much improvement, with the focus entirely on the new design.

What To Expect From The Apple Watch Series 7?

Indeed, the Apple Watch Series 7 could forgo the curved edges and use flat sides analogous to those of the iPhone 12. This makes perfect sense given the new design that Apple is using on its devices. Although rumor has it that ‘Apple is also increasing the screen size of new models.

This means that the Apple Watch Series 7 would no longer be offered with sizes of 40mm and 44mm, but with 41mm and 45mm. With smaller edges, the screen area should be significantly improved. Apple is also expected to use a new bracelet design that would essentially ditch the system the company has been using since the first model.

The watch is expected to go on sale later this month as well.