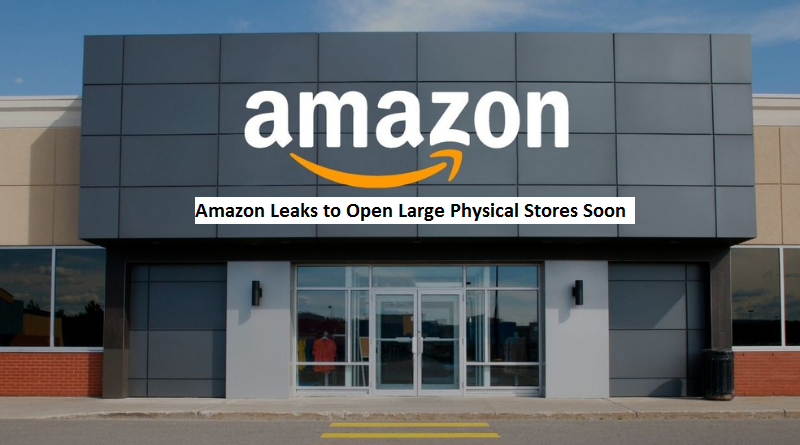 Amazon plans to significantly expand its presence with the opening of large sites similar to department stores. According to a report released Thursday, August 19. The company that gained fame through online shopping has taken an interest in physical outlets in recent years. Opening bookstores, grocery stores, and premises where it sells its growing line of electronics, among others.

The pandemic has placed a heavy burden on many already struggling businesses. Paving the way for a new round of bankruptcies and closures. This void may soon be filled by none other than Amazon.

But according to a report in the Wall Street Journal this week, the e-commerce giant plans to open several “stores” to “expand its reach in the sale of clothing, household items, electronics, and other domains, ” with shelves featuring Amazon-branded products as well as products from“ major consumer brands, ”according to people with knowledge of the matter.

The first openings will likely take place in California and Ohio. And the stores are expected to cover an area of ​​approximately 2,800 square meters. This is almost 10 times the size of Amazon’s current 4-star sites.

The Journal report comes a year after a similar report. Which suggested Amazon may even move to sites left vacant by companies like Sears and JC. Penney, whose businesses have been hit by the resounding success of online operations from Amazon. No, the irony of Amazon’s announced expansion into the retail industry will not escape. Those who have been struck by the meteoric rise of the company since its launch 27 years ago.

From Online Sales to Physical Sales

This week’s update from the Journal does not mention when Amazon may open its first department store, but the report appears to confirm that the Seattle-based company is moving forward with its apparent plan to expand its presence. physical. While many may consider this a bold step given the growing popularity of online shopping, the report suggests that Amazon is enjoying success with its current outlets and is now ready to explore a new format. in terms of operating its own stores.

Amazon opened its first physical store 6 years ago to sell more books. She has since opened other bookstores and cashier-less grocery stores called Go that use cameras to track customer choices before automatically debiting their accounts. It also opened Amazon Fresh grocery stores and in 2017 bought Whole Foods, which has around 500 locations. In a further expansion into real-world stores, Amazon has launched its 4-star format which features popular items from its online site.