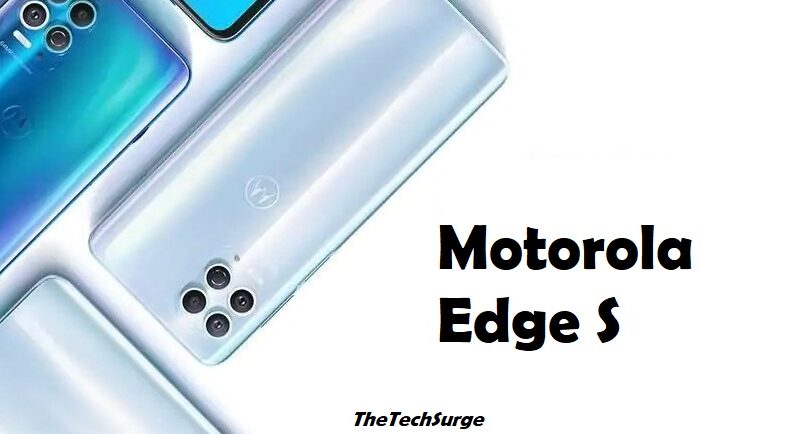 Truth be told, it is more and more difficult to categorize smartphones these days. Some high-end smartphones only come with a full HD + display, for example, while some mid-range models can even boast of having 12GB of RAM. Some of the more expensive smartphones, which have a high-quality photosensor, even end up disappointing some users. However, one factor that has remained constant until now is the processor that powers the device, and in this case, this new Motorola Edge S definitely fits the definition of a high-end smartphone.

Qualcomm’s new Snapdragon 870 processor is designed for affordable flagships (or “  flagship killers  ” if you prefer). Motorola has just launched the first smartphone powered by the chip and, as expected, it’s a pretty affordable device. Indeed, the Motorola Edge S has finally launched, and it is the company’s first true high-end smartphone for 2021.

The Motorola Edge S is on preorder in China, with prices starting at around $ 250 for a phone with 6GB of RAM and 128GB of storage. There is also a model with 8 GB of LPDDR5 RAM and 256 GB of storage at around 360 euros. The smartphone is expected to ship to customers from February 3.

Motorola has yet to announce pricing or availability internationally, but a leak from Evan Blass suggests the smartphone may be known as the Moto G100 in some markets. Additionally, it can be used with an optional cradle that offers a desktop mode for viewing applications on a monitor for multitasking, video conferencing, and more. Motorola President Sergio Bunac showcased the feature during a presentation in December.

While the Snapdragon 870 chip does not have all of the improvements of the new Snapdragon 888 processor, the chip is a bit faster than last year’s Snapdragon 865, which could make it an attractive alternative to the Snapdragon 700 chip for the flagship cheaper like the Motorola Edge S.

A block of 4 cameras at the back

In addition to the new processor, the smartphone has a 6.7-inch IPS LCD screen that offers full HD + resolution, i.e. 2520 x 1080 pixels, with a refresh rate of 90 Hz, a fingerprint sensor on the side of the smartphone, 5G support, Wi-Fi 6 and Bluetooth 5.0 connectivity, as well as multiple cameras.