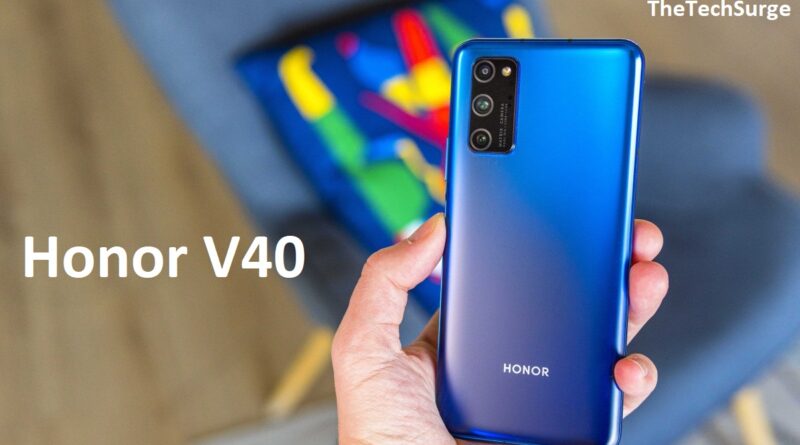 Honor previously confirmed the announcement of its flagship V40 5G on January 18 in China, but the company has now postponed the launch and the Honor V40 will be introduced on January 22 instead. The new announcement was made by the company on Weibo. She said the smartphone will go on sale the same day, Jan. 22 at noon local time – at least in China.

In the meantime, official renders of the Honor V40 have also surfaced on a Chinese retailer’s site. According to them, Honor’s latest smartphone will come with a curved screen with a pill-shaped hole in the upper left corner to house the dual camera. A rectangular camera block will be placed at the back.

The Honor V40 5G is said to have 66W fast charging support and 45W wireless fast charging technology. It will have a 6.72-inch OLED display with full HD + resolution, i.e. 2,676 x 1,236 pixels, will offer 1.07 billion colors, a refresh rate of 120 Hz, and a touch sampling rate of 300 Hz. The smartphone will be equipped with a fingerprint sensor integrated into the screen.

A Price Of Around 510 Euros

Recent reports have revealed that in addition to a black colorway, the Honor V40 will also be available in blue and orange. Additionally, a screenshot of the price of the Honor V40 through a distributor’s warehouse appeared on Weibo. The listing says the device is priced at 3,999 yuan (~ $ 510).